Opening up to Changes 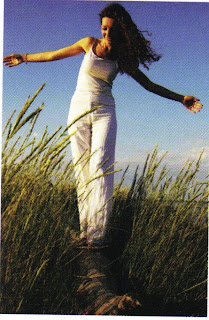 There's no doubt there's lots of change going on about us. I can be a bit slow to embrace change at times and a typical example of this came up recently. I have a larder cupboard in my kitchen for the last 5 years that has only ever half opened, I never really questioned it, as it was always like that. One day, a friend opened the cupboard and asked 'why doesn't it open fully?' 'I don't know' I replied 'That's just the way it's always been' He asked if I had a screwdriver, which I handed him and low and behold within seconds he had freed up the obstruction, allowing for the first time, the larder to be fully extended. Needless to say, I was delighted.

However, a few weeks later I noticed I was still only half opening the larder. You see, although the obstruction was cleared I had become so conditioned to only being able to open the cupboard half way that even though this whole extra space and ease of use had been opened to me - I hadn't let go of my conditioning that I could only pull the door so far. It's a small analogy but it made me wonder how many metaphorical doors had been opened to me but fear or conditioning stopped me form going through. We are often prisoners of our own negative self talk, thoughts or our belief systems, which can leave us trapped in non nourishing situations, emotions or relationships. It reminds me of the definition of madness - doing the same thing again and again but expecting a different result! So, it was a small tigger but for me every time I open that press it reminds me to 'expand' my beliefs and 'open' up to new possibilities and positive changes because unless we give ourselves permission to do so we may never get off the merry go round of negativity or be able to reach the jam jar(:
Posted by Siobhan McKenna at 6:36 PM

Promote Your Page Too